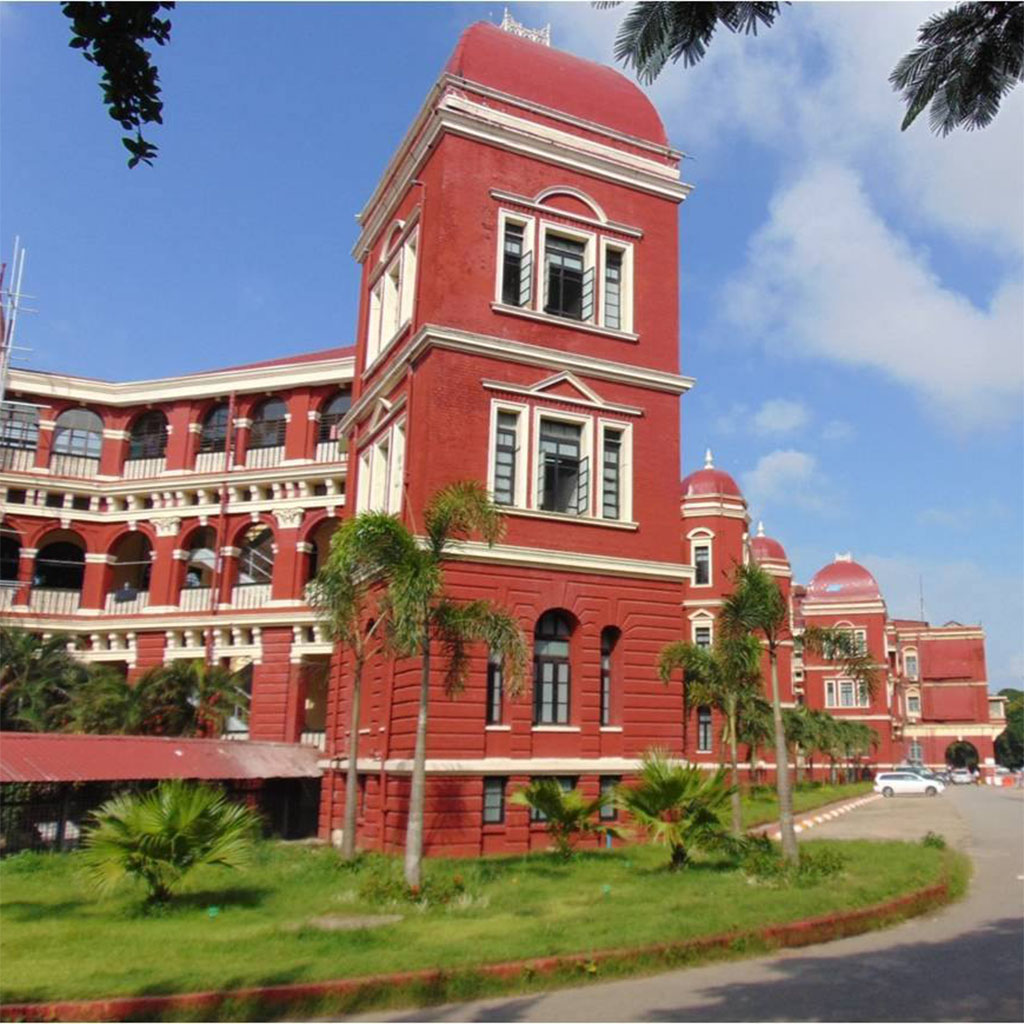 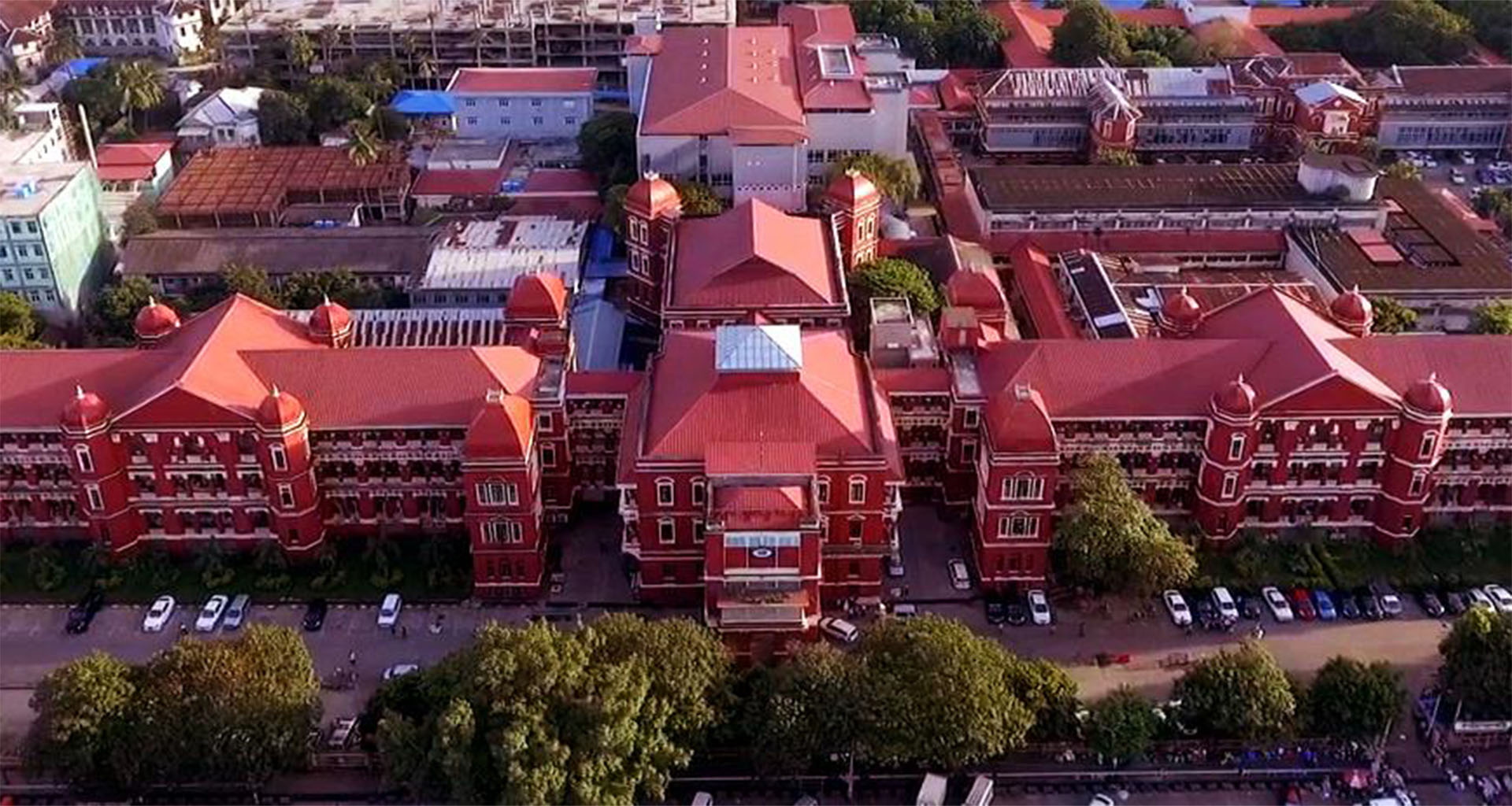 In the early 1890s, the present site of Yangon General Hospital was then Agri-Horticultural Gardens and a Phayre Museum, had been scouted for relocation.

The main building was designed by then head of Public Works Department, Henry Hoyne-Fox, and construction started in 1904 and took five years to complete. It was fitted with all the latest modern medical improvement at that time, including operating theatres with electricity and anesthesia rooms. The 3-story Victorian-style main building was opened on 6 May 1905.

In the following year, the administrative block and other structures such as the Matron's accommodation and the morgue was added and cost four million rupees overall. In 1911, the new and larger hospital opened its doors for the first time with a total of 342 beds. It also housed the country's first bacteriological laboratory, though which several contributions to global medical science were made during the early 20th century.

During the Japanese Occupation, the Imperial Japanese Army occupied the building and reserved them for Japanese personnel and the General Hospital had to temporarily relocate to the former Diocesan Girls’ School on Signal Pagoda Road.

After World War II, the hospital underwent renovations and had a capacity of 546 beds. In 1964, new specialist wards were added, and the capacity was increased to 1500 beds.

The building was a major massacre site during the 8888 Uprising, in which injured patients, assumed to have taken part in the anti-government protests, were killed by the Tatmadaw. The hospital is closed to tourists. The hospital was also the site of Aung San Suu Kyi's first public speech, on 24 August 1988. The hospital was listed on the Yangon City Heritage List in 2017.